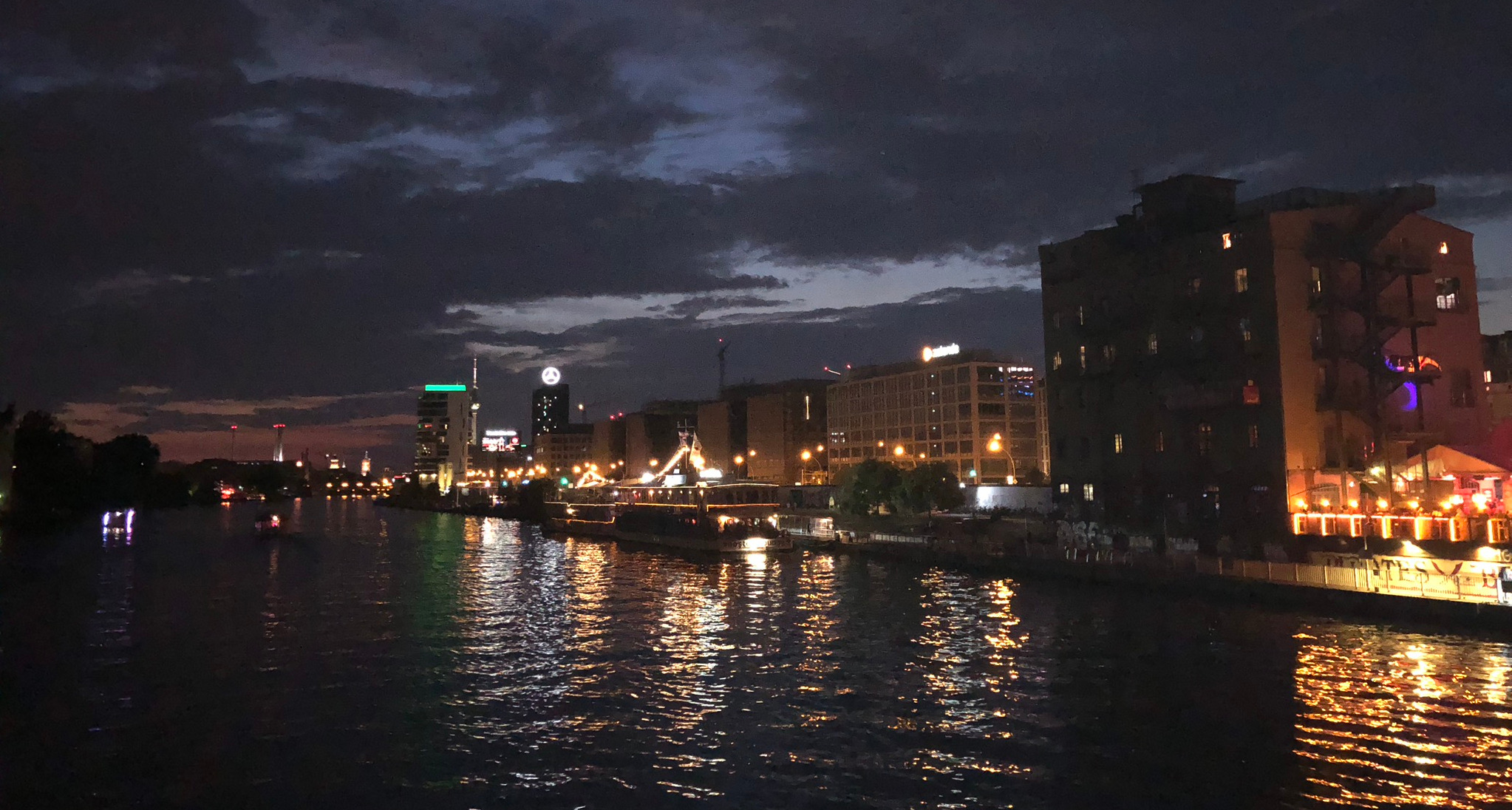 In the next months I shall return to England from Berlin. Why? A weird combination of following career goals, corona virus and just wanting a change.

The decision to move has been an experience in itself. For many weeks I felt a strong despairing that couldn’t be connected with a need. It was like a silent shadow that followed me, sucking out any hope I had for the future. Hanging around and refusing to give clarity on why it was there. After many days sitting in silence and looking out of the window, listening to the shadow, I arrived at what it wanted.

It is very easy to look at the decision as a step back. Like I went out here to make it big; to have this rich and fulfilling life. Then through reasons out of my control I am driven back to where I came from. Like somebody running from their life when it become too terrifying to bear.

The way I have come to frame it is not as a step backwards or even a step forwards. It’s just a step. To evaluate it as having a direction would imply there’s some measure of progress in each of our lives. I am not convinced by this idea, which is common sense to many. This idea that we make decisions to build up to this big thing. This better life far in the future. Whereas in my experience, if I want to be truly authentic to myself, my desires always change. When riches were obtained, I found that I lost all of my time. When time was obtained, I found I lost all of my purpose. Things don’t improve. Just a lack of something is replaced with a lack of something else.

Berlin gave me lots. It is an inspiring, post-modern, and young city. The total opposite of a melting pot, the city is as diverse as you can get with the German, Turkish and expatriate cultures being the most prevailant. You can jump on a metro train in the wealthy lakeside suburbs and disembark in a towered Soviet block. Board another in a shopping district not so unlike London and then find yourself in a street draped with calls for the end of capitalism. There is a culture here for you, though with an obvious bias towards Europe and especially western Europe.

So what did I do with a city like this in two years?

Berlin is famous for its night life. While in London the ‘Night Tube’ is a relatively new addition to the city, the Berlin public transport network has been working 24 hours on weekends for quite some time. When I rode on some of these 4am trains they were packed full of tired drunks like myself or ket heads on their way to the next party.

The parties rarely stop on the weekends. It is said that many people entered clubs on Friday night and emerged Monday morning, though I’ve never done or experienced this. I would say though that everything finishes later here. The surreal feeling of walking home and watching the sun rise is common.

Although maybe I am not the most reliable source since many I know would consider my experience limitted. I never went dancing every weekend. When I did go then I rarely planned it. It was more like I fell into it.

My times clubbing were also concentrated into the first few months after I moved. After my first winter I felt more insecure in the city and with the drug culture of the clubbing scene. My feelings had changed after the second winter and I felt more confident but by then the clubs had been closed by corona virus.

The only people I knew in the city when I moved were Jessamine, a friend of my sister, and her brother Luke. She took me to a couple of galleries when we met up for the first times. After having lived in rural Cambridge for most of my life and having spent a short time in uninspired Hull, I was sometimes blown away by some of the city’s contemporary art.

Lots of it I found incredibly wacky and bordering on nacissistic. This was okay. My perception of contempoary art is that most of it won’t do anything for me. However burried in the pile of wack and mirrors is sometimes a gem. Something that I could connect with far more than Michaelangelo or Van Gogh. A piece of art that freezes me in awe. 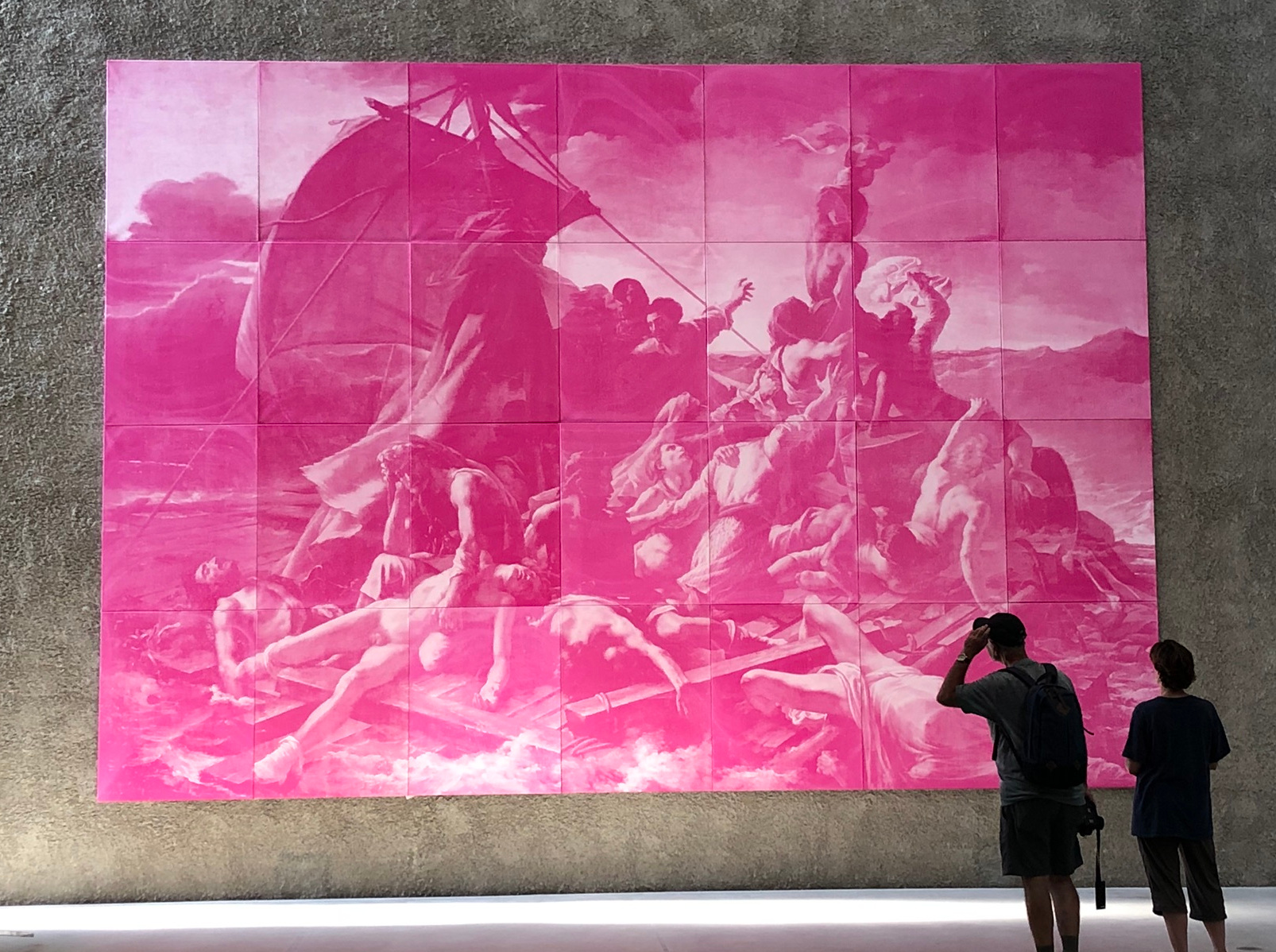 In Berlin there is lots of contemporary art, so lots of garbage but also many gems. There was one exhibition that I believe even changed me.

A friend can be like a rubber ring. They can help you float in difficult times. They also can drift away from you if you don’t reach out to them. So it was with the friend who I spent the most time with in Berlin, Paulina.

There was a time in my second summer, about a year after I had moved, where every week we visisted the lake Schlachtensee. Growing up in the UK I very rarely visited lakes and I never visited one to go swimming. The sea was always close by. The lakes were often chilly and murky. So the first lake I ever swam in was in Berlin. Here they are warm, beautiful, sand banked and often surrounded by forests. 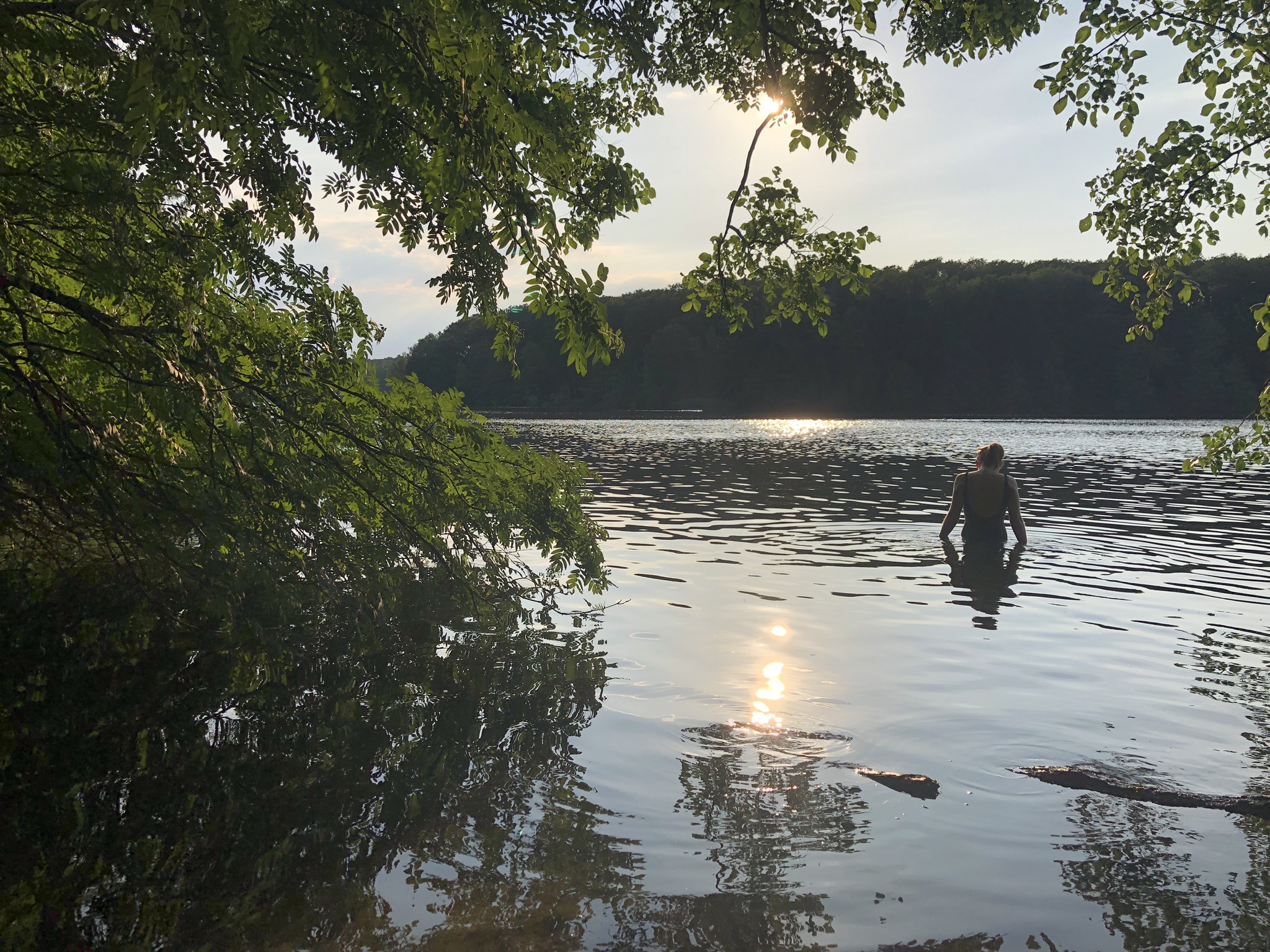 We would go on work days so it would be more peaceful. We would both prepare something to take to eat in the morning. I think I made salads mostly: greek salad, cucumber & yoghurt salad. I would take them to work and sneak out early to make the trip. Lying under the shade of a tree eating or reading, taking turns to swim out accross the curling moustache shaped lake. The water was calm and fresh. We usually left when it started to get dark.

They are some of the greatest memories I have had from living here and I shall treasure them. Paulina and I are still friends, but my neglect of our friendship lead us to spend less and less time together in the second year. Nevertheless we have still agreed on making one last trip to Schlachtensee for the sake of those times.

You can find concrete anywhere. In some places it is arranged to be prettier than others. This is how I sometimes feel about cities. Without considering the people who live there, cities are totally unremarkable.

I have met some truly remarkable people while I’ve lived here. Many who have moved here from accross land and sea, drawn to the excitement of the city. Artists, tech people, some who just wanted to move and work it out here.

For the many memories we shared I am very thankful. I would like to put out special thanks to Amy, Tom, Darrag, Carlos, Mariona, Lea, Aura and Paulina.

I would also be being absurd by not mentioning the relationship I was in for the second year. The breakup is fresh however and I would not feel comfortable writing about it in detail. It also gave some of the best memories of my time here. 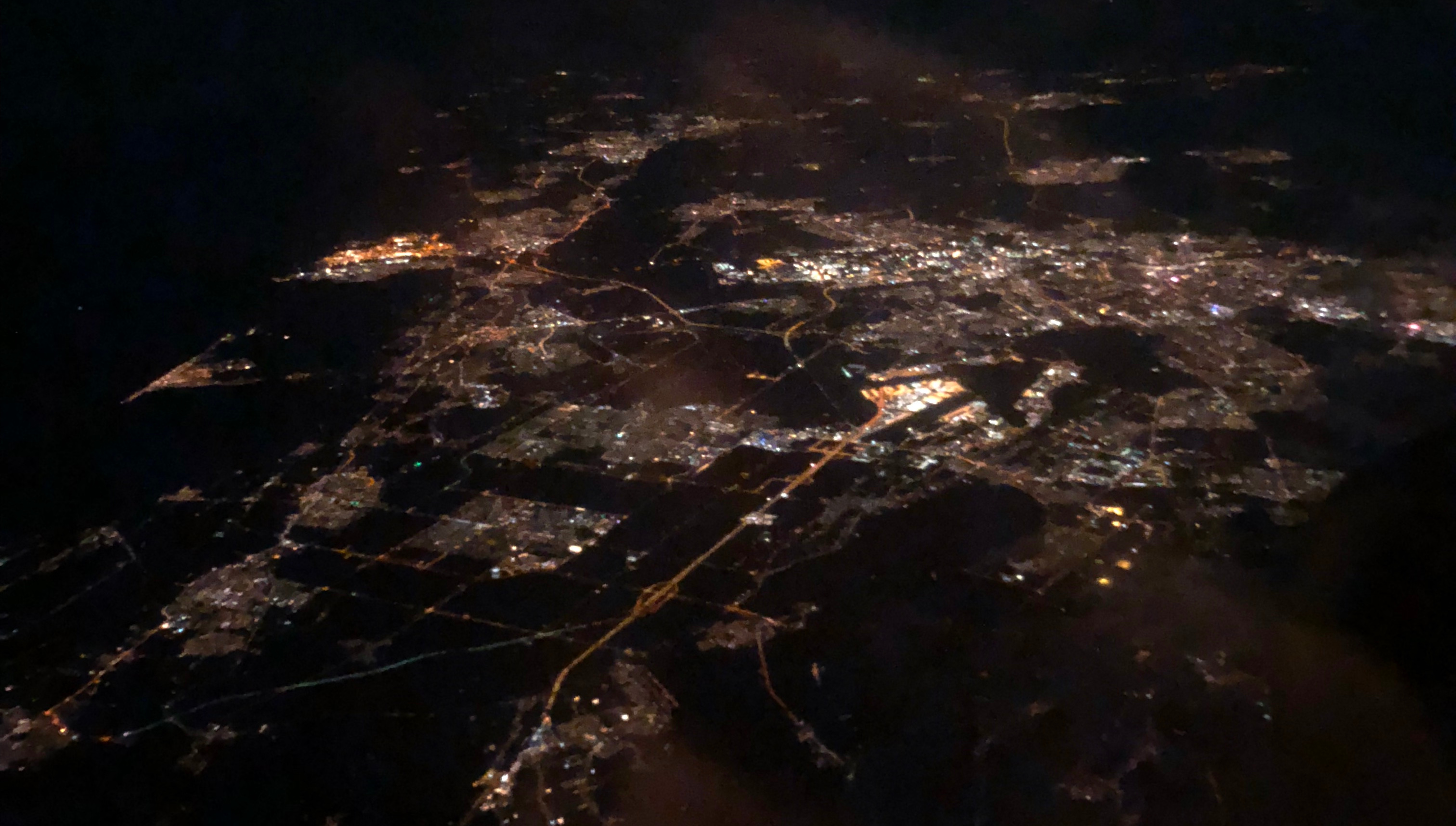 Ever since I announced the decision to leave, the natural next question for many has been “What are your plans?”. In the past I would have felt uncomfortable saying the answer which is “I’m not sure”. Now it just excites me. Everything and anything is out there.

I am proud to say that I leave Berlin feeling stronger than I arrived. More ready for what’s out there. Not driven by fear but by the conviction that I am making the correct choice.